Atmore can boast of four former residents who have been self employed in the Charter Boat fishing industry.

Interestingly, two of them have been in the national news spotlight since the oil spill. Butch Tucker, Wynn Milson, Brent Shaver and Bill Staff Jr. have been making their living on the Gulf waters for more than 25 years.

Shaver and Staff were interviewed by CBS and The Associated Press, respectively, last week and their misfortunes caused by the big gusher were aired across the entire USA.

The tenure of their successes fizzled when long time customers were forced to stay out of the prolific fishing waters of the Gulf of Mexico on orders from the federal government. And, now they are calling on BP to step in and pick up the tab for their financial losses.

I remember each of these “boys,” as I still like to call them by that name, when I and other Little League coaches prepped them during their 13-15 year old playing days. Talking with Johnny Coker yesterday he told me he was one of their coaches. And, of course, there are many other coaches who shared a part of their life here.

In the CBS interview Staff said his entire charter operation has completely shut down. Shaver said the same thing in his Associated Press feature story. I had to take two glances before recognizing him, however, behind that bushy Ernest Hemingway-type beard. I am sure there are others from here that I am not familiar with engaging in this same type business

You know, this oil disaster has turned into a circus with BP and the federal government seemingly having a difficult time “getting on the same page.” Some legislators and editorial writers fear BP may seek protection by declaring bankruptcy down the line if too much pressure is generated. Now, wouldn’t we all be in one giant mess if that firm should elect to go that route? Some think that initial $20 billion fund set aside by BP could evaporate in no time if claims continue to come in.

As we talked in our Sunday School class this week, it is the pressure of this gigantic gusher on the Gulf floor that concerns me. A shifting of this floor or a tsunami would be unthinkable. And, the current route of the flow could take it all the way around the southern tip of Florida, up the east coast onward to Europe.

Last week I talked with a long time friend who lives in south Louisiana. For years he has been self employed making “Cajun Meal,” a specially blended corn meal, which he sold to oil drilling rigs anchored in the Gulf of Mexico. He tells me, after 25 years, his business has come to a complete standstill. In other words, there are no workers out there now and the rig kitchens are idle.

I think many of us are just now realizing this situation is getting worse by the day. It has a chain reaction creating a diversity of what seems to be unsolvable problems.

Completions of two stately buildings were followed by dedication ceremonies.

You may remember my column three years ago about his baseball feat up in North Carolina. Our local Babe Ruth team was playing in a Southeastern District tournament at Western Carolina University against a team from another state. In that game Thomas drove a low inside pitch over the outfield fence and the ball landed on a flat car of a passing freight train. That feat brought our fans to their feet but after he circled the bases and crossed home plate the umpire called him out for missing first base. Not only did Otis Miller, his father, scramble out of the stands but my “sidekick,” Alfred Brown, picked up his guitar and started playing and singing “Blues Stay From Me”, referring to the umpire who is commonly called “Blue.” Alfred was seated beside me on top of his Monsanto bus while I broadcast the game back to Atmore on WATM. I thought that umpire would throw both of us out of the park.

On that same trip, on the way back home riding with Otis and J.P. Madison, Otis almost put a small chicken café out of business as he ate up all the chicken in the café. After all it was an “all you can eat” establishment.

Dr. Merriwether, who was pastor of Judson Baptist Church, received his theological degree from Baptist Theological Seminary in New Orleans. Linda Lumpkin, daughter of Mr. and Mrs. J.O. Lumpkin and who was the ECHS valedictorian, was awarded an academic scholarship to Judson College. Dr. Freeman, who was a former resident and son of Mr. and Mrs. Roy Freeman, received a degree from Mayo in Minnesota. He was also a 1961 graduate of the University of Alabama.

Incidentally, in about three months you are going to be introduced to Internet TV, the new concept in TV viewing.

For all those who have been following this new innovation you will discover it to be totally revolutionary. In fact TV as you know it now will not be the same. Can you believe you’ll be able to watch your favorite shows without having to pay the high monthly payment? I’ll have everything you need to know about it soon.

Quite a contrast from those 1930-1950 battery powered radios. Those brought us good “ole” programs and you got better reception when you run a aerial wire from the radio to a tree in your yard.

Also, here is a reminder about the independence Holiday cantata this Friday night at Brooks Memorial. The talented and versatile choir will present a musical that will bring you to the edge of your seats. Patriotic songs and instrumentals will fill the air in a spirited concert you certainly do not want to miss. It begins at 6:30 p.m. at the church on McRae Street.

Next week we will take another look at news from 1966. I might add, for benefit of those requesting news from 1953, I will begin that series in about 4-5 weeks.

“….Yes, it always whispers to me…those days of long ago…” 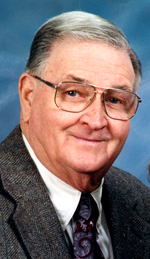 This week Lowell talks about Atmore natives in the news. | File Photo

Headlining some old news from 1952

One of the advantages I have over other newspaper columnists in Atmore is the fact I have access to all... read more