The Lady Cougars (2-1, 0-0) controlled the tempo of the entire game as they suffocated the Lady Saints with their defense, while shooting the lights out offensively.

Cougars head coach Heath Gibson said his team gave it their all to earn the victory.

“The girls played tremendous defense for four quarters,” Gibson said. “They also had their best shooting performance this season. Shooting 48 percent from the field is phenomenal.”

The Lady Cougars opened the game with a large lead as they outscored the Lady Saints 18-10 in the first quarter.

EA extended their lead before halftime outscoring Central Christian 20-10 in the second quarter to go into the break ahead 38-20.

Following halftime, the Lady Cougars continued to dominate the game on both ends of the court.

In the third quarter, the Lady Cougars continued to pour points onto the scoreboard as they score 23 points to the Lady Saints’ 12 to lead 61-32 heading into the final quarter.

With a large lead  in the fourth period, the Lady Cougars allowed the Lady Saints to outscore them 11-9, but did not give up the large deficit they had already mounted winning 70-43.

Lady Cougars senior forward Amber Huskey led all scorers with 32 points and posted 14 rebounds for a double-double. She also recorded seven steals, one block and one assist in the win. 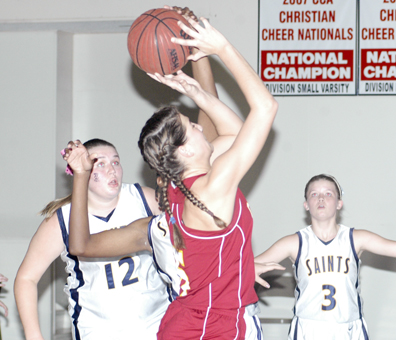 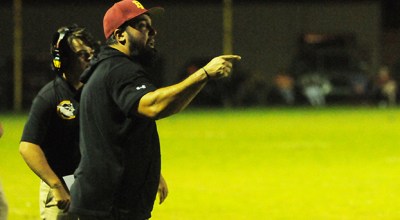 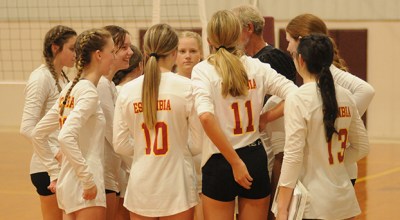 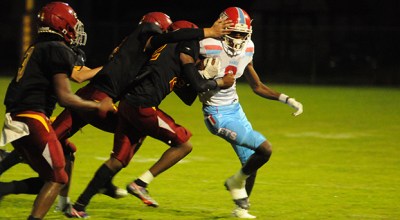