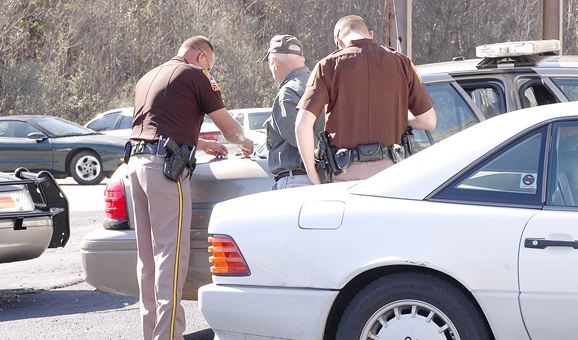 An Atmore business owner was arrested on Wednesday shortly after noon at his business by a lieutenant with the Escambia County Sheriff’s Office.

Tom Styles the owner of Tom Styles Automotive was arrested for obstruction of a government order after allegedly refusing to give up his car keys to Lieutenant Greg Forbes of the Escambia County Sheriffs Office.

According to Forbes, Styles was under order by the Circuit Clerk to pay another party $3,200 after there was a default judgment at which Styles failed to show to contest.

While responding to Tom Styles Automotive, Forbes was under an order to seize any property of Styles’ and that’s when the Styles allegedly refused to give up the keys to his Mercedes 500SL.

After the incident, Styles was taken to the Escambia County Jail.