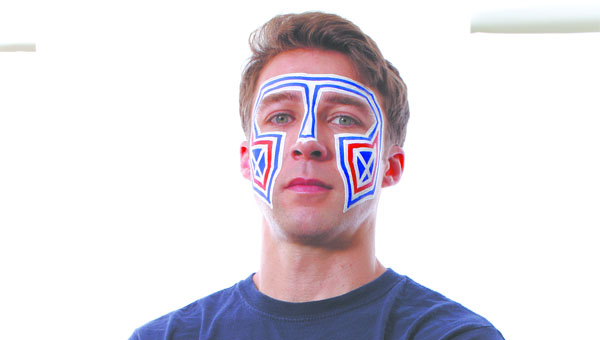 Be sure to bring the Alka-Seltzer.

“Janus and Thomas have competed against each other only twice,” said Richard Shea, president of Major League Eating in a statement. “While Sonya has more records than Janus, she’s never beaten him in head-to-head competition. Foodabluza is Thomas’s chance to stake her claim among Major League Eating’s elite by beating Janus in her most favored discipline, oysters, in which she is a record-holder. If she can go 2-0 she could very well surpass Janus in Major League Eating’s ranking.”

“It’s all about hand speed,” Janus said. “You just trust the oysters will slide down on their own.”

While the oyster competition will be first on the menu that weekend at the Wind Creek amphitheater, Janus said he is most interested in competing for the taco-eating title.

Janus, who holds the world record for burritos with 11.81 pounds in 10 minutes, said the tacos would be a different experience, mainly because of the fry bread on the outside.

“I’ve never had Native American fry bread,” he said. “I’m nervous about that, never having had it before.”

Janus said the consistency of the fry bread could present problems for competitors.

“It depends on how pillowy the fry bread is,” he said. “If it’s more chewy it’s going to keep our numbers down. I’m hoping for a soft taco.”

Competitors will have eight minutes to down as many tacos as possible.

Nine years ago, Janus entered an eating competition on a day off from the Wall Street grind as a day trader. Unsatisfied with his performance in that first attempt he entered another soon after.

“I did a little better,” he said. “It kept growing from there.”

He said the transition wasn’t tough because the two careers are somewhat similar.

“They both require strength of stomach for different reasons,” Janus said. “One makes you feel sick after a bad trade and the other makes you sick because of how much you’re eating.”

Janus, who also holds records for tiramisu, with four pounds eaten in six minutes, and pulled pork sliders with 61 eaten in 10 minutes, said he would still like to take home the mustard yellow belt given to  the Nathan’s hot dog eating champion.

He has finished runner-up two of the last three years in the contest televised by ESPN on July 4.

“The biggest (contest) is Nathan’s,” Janus said. “It’s the reason everyone gets hooked on the sport. If you don’t make it there you’re not really a competitive eater.”

Janus failed to qualify for the event in his rookie season, but still remembers his first trip to Coney Island in 2005.

“At first I was awed by it,” he said. “At that time the competitors took a bus to the contest site and we drove past the crowd to get there. There were 20,000 people cheering for you.”

Janus, a 165-pound Connecticut native said it takes more than a healthy appetite to be a successful competitive eater.
“It takes natural talent,” he said. “Your stomach either stretches or it doesn’t.”

He said it also takes perseverance to compete as well.

“You have to push yourself,” he said. “We may slow down when competing, but we never quit.”