A downtown landmark now sits empty for the first time in 84 years, as Atmore’s Strand Theater closed its doors earlier this week.

Sheryl Vickery, executive director of the Atmore Area Chamber of Commerce, said the Strand had been the longest continually operating theater in the entire state of Alabama.

“I remember going to movies there as a child,” she said. “On Sunday nights, a group of our church youth members would always go there. It was a meeting place for our friends. It was really a part of our life, growing up here in Atmore.”

On Sunday, the word “Closed” showed up in place of the usual new release titles on the theater’s marquee, and all posters had been removed from their frames. The last film to play at the theater was “Free Birds,” which ran last weekend.

Strand owner Wayne Kelley, whose family has operated the theater for almost 30 years, said it was a difficult decision to shutter the doors.

“I just can’t afford to keep it open,” said Kelley, who has owned the business for almost 11 years. “If I had kept it open for another six months, and business didn’t turn around at all, I probably would have had to have filed bankruptcy. That’s how bad it was. It was definitely a business decision more than a ‘heart’ decision.”

Kelley said it was especially hard to close the Strand’s doors, because he has either worked there or owned it since he was 14 years old. He said his uncle ran the theater for 13 years before his ownership, and a cousin owned it before his uncle.

“There’s probably been a Kelley who’s owned it for close to 35 years,” he said.

Kelley was unsure of when the theater actually opened, but said he has heard from longtime residents that it likely opened originally in 1929. He said he has been trying to come up with ways to keep the business open — such as by showing cheaper second-run movies — but none of those options were feasible or cost effective.

“Everything that I looked into, even the most minimum option would have been at least $50,000,” he said. “It’s just not possible to do it anymore.”

Kelley said he is still making payments on the building, and will continue to do so for another three years. He is unsure what the future may hold for the location, but knows that many Atmore residents feel like a part of their past has gone away.

“I was actually walking through Walmart in Bay Minette the other day and I saw a girl who I graduated from school with,” Kelley said. “She told me that she started crying because she drove by the theater and saw the ‘closed’ sign. I know there are people who have lived here their whole lives and have always gone to movies there. It’s sad and it’s hard; it really is.”

Kelley admitted that he did not believe the theater could stay in business and compete with the new entertainment center at the Wind Creek Casino and Hotel, which has eight screens with state-of-the-art projection technologies.

Vickery said she has visited other towns in the South who have found new uses for their old theaters, many of which now house live music events and other performances. She pointed out that Atmore already has a community theater for the Greater Escambia Council of the Arts, but there is no reason that the Strand’s building couldn’t be used for a new purpose.

“I know there’s a way that the theater could be used again,” she said. “You’d probably have to step out of the box and try and look at it in a different way. I know people might see it as ‘another empty building downtown,’ but it’s just a bump in the road and I know there will be a great new use for it.” 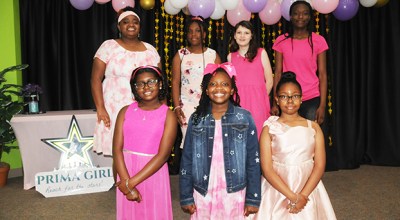