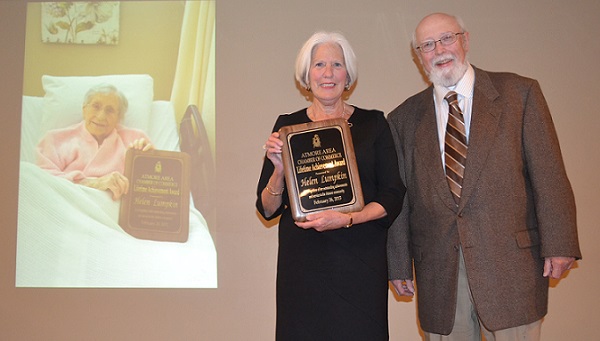 A 102-year-old Atmore woman was honored as the 2014 Lifetime Achievement Award winner at the 69th annual meeting of the Atmore Area Chamber of Commerce, held Thursday evening at The Club.

The winner of the award was Helen Lumpkin, who was recognized for helping others through a variety of goodwill projects, including making homemade caps for cancer victims. Lumpkin is a resident at Atmore Nursing Center and was unable to attend, but her niece and nephew, Linda Lumpkin Ellison and Jim Lumpkin, accepted the award on her behalf.

“We were very thrilled when we learned that she had won,” Ellison said. “She has lived here all her life and was very active in the Methodist church and in the Pilot Club.”

Ellison said that Lumpkin loved to fix the hair of nursing residents and other people who were sick, and also loved spending time in her flower garden at her Pensacola Avenue home.

“She loved to share her flowers with everyone,” Ellison said. “The younger people would ask her how to grow daffodils, and she would give them advice.”

Muskogee Technology was the recipient of the 2014 Business of the Year Award, and Foster Kizer was named the 2014 Citizen of the Year.

Kizer has been responsible for helping to beautify downtown Atmore, by painting outside storefronts and fixtures. He does the labor for free, and only asks the business owner to provide the paint.

“I always thought that Atmore was an old man who just needed a shave,” Kizer joked. “I want Atmore to be a destination. We need to bring people back to downtown Atmore.”

For more on this story, see the Wednesday, March 3, edition of The Atmore Advance. 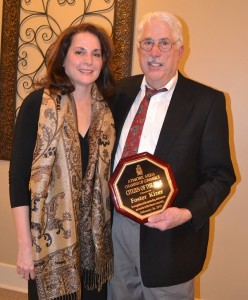 Foster Kizer was the recipient of the 2014 Citizen of the Year Award. Shown with Kizer is his sister, Frances Hartzog of Prattville. 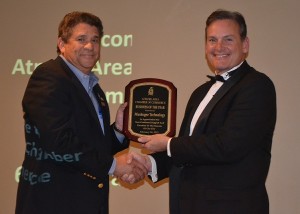 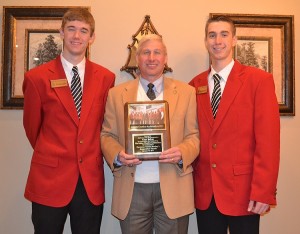 The Chamber Ambassadors presented State Rep. Alan Baker with an award thanking him for nominating them to participate in Gov. Robert Bentley’s inauguration parade in January. Shown are, left to right, Ambassador Wesley Hostetler, Baker, and Ambassador Perry Metzler.