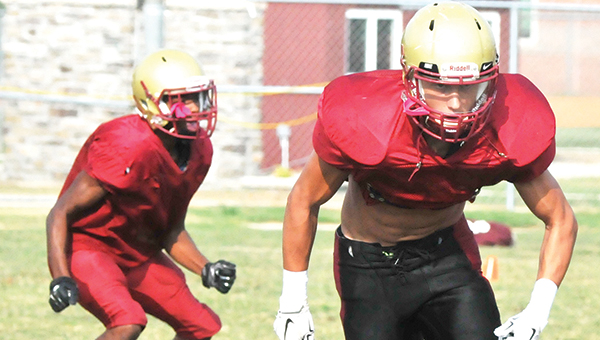 The Northview junior utility football player played good enough to win two weeks ago during the Chiefs’ 47-20 loss to Crestview on the road.

Ward scored the only touchdowns for NHS in the loss.

Ward said he’s set high goals for himself this year.

“My main goal is just to win,” he said. “All of the stats and stuff are great, but my first goal is to win and hopefully go and get a state title.”

Ward has been playing football since he was 3 years old. He played in the Northwest Escambia league to start.

By the eighth grade, Ward said he really came around as far as being a football player.

“That was when I really started getting into who I was going to be as far as football goes,” he said.

Ward said he hasn’t always been the versatile player he is today. At present, he plays just about anything from wide receiver, safety to running back.

“Most of the time coaches will put me wherever, anywhere on the field,” he said.

When asked what he likes about football the most, Ward said it’s all about the hype that goes behind the sport.

“I’ve been playing it since I was a little kid and it just never gets old to me,” he said.

Hitting and scoring touchdowns are the two main reasons why Ward likes football the most.

Ward is the son of Melissa and Carl Ward.

Escambia Academy will hit the road this week to face Fort Dale Academy in Greenville to continue in region action.... read more