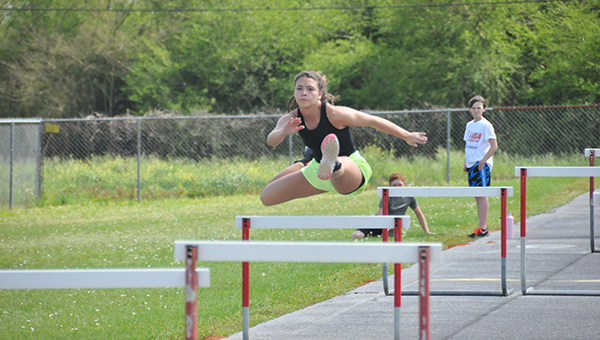 Escambia Academy is going to use its last few track meets this season to get ready for state next week.

The Cougars have four meets left in the regular season before state, which is on April 13-14, in Selma.

“Since we ran that Jay (Fla.) meet, we went back to Selma and won that meet,” Fountain said. “We went to Chipley (Fla.) on Tuesday and won there.”

Fountain said it was good to get those wins in the lead up to the state meet.

For the girls, EA coach David Walker, who also serves as headmaster of the school, said while the girls haven’t won a meet yet, they competed.

Walker said Mikayla Spruill, who competes in multiple events, won four of her events in a recent meet. Cassidy Murphy does shot put and is also performing at a good level.

Walker said he will put two girls in each event.

At state, competitors will go through a round of preliminaries on Thurs., April 13, to verify times going into the finals the following day. The top eight in each event advance to the finals.