The inmate who escaped from the J.O. Davis Correctional Facility on Monday in Atmore has been captured, according to the Alabama Department of Corrections. 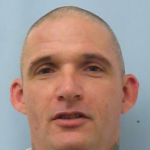 “A public tip led U.S. Marshals to an address in Lincoln, where Hilburn was hiding in a storage shed located behind a resident’s home,” Horton said. “After a brief foot pursuit, Hilburn was apprehended and taken to the Talladega County Jail to await his return to the ADOC.”

Hilburn was serving a 20-year sentence on a 2013 drug possession conviction out of Mobile County, according to the ADOC.

Hilburn will be charged for the escape.