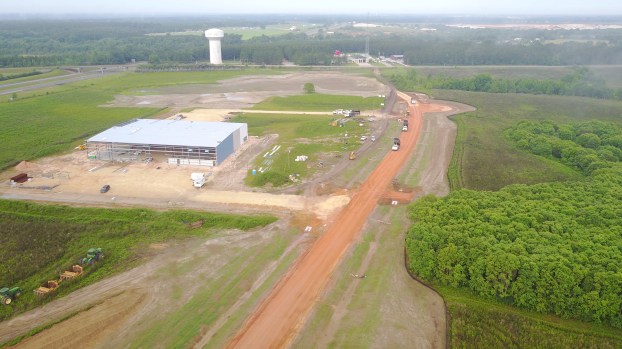 Richard Maxwell of Maxwell Construction Co. said that the metal building is dried in, and they are building the offices and quality control areas, including the bathrooms.

Maxwell said electrical, fire sprinklers and concrete blocks are being erected inside of the building.

Maxwell said Brown is expected to move in its equipment by August.

“We’ll be late September and October getting through with everything,” he said.

Maxwell Construction Co. has been building the structure for some three months. It took a month to construct the slab.

Maxwell said a large pond, which will be added to the site, is going to be a storm water retention feature, adding that it’s in the design phase now.

“They’re talking about building a bridge over it and having a pavilion for the employees next to the pond,” Maxwell said.