Warrants resulted from shooting in August

The Atmore Police Department has signed capital murder warrants for the arrest of two men responsible for the death of a local man in August. 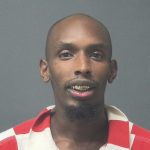 Chief Chuck Brooks said the warrants were signed for Darrell Octavius Brown, 29, of Atmore, and Deion Booth, 20, of Mobile. A juvenile petition has also been signed, he said.

Both are being charged with capital murder, attempted murder, robbery I and burglary I. Brown is incarcerated in the Escambia County Detention Center in Brewton, while Booth is in the Mobile Metro Jail.

When the APD arrived on scene, they noticed damage to the front door, Brooks said. 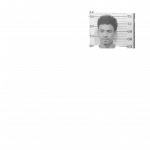 Brooks said officers entered and found the home owner, Robert Kennedy, 56, of Atmore, and Joi McClammy, 45, of Flomaton, lying in a bed with gunshot injuries.

Then, Kennedy was transported to the University of South Alabama Medical Center by Lifeflight, where he later died from his injuries, Brooks said.

McClammy was transported to Atmore Community Hospital from the scene, but due to the serious nature of her injuries, was later transferred to USA.

At present, the juvenile is being detained in a juvenile detention facility.