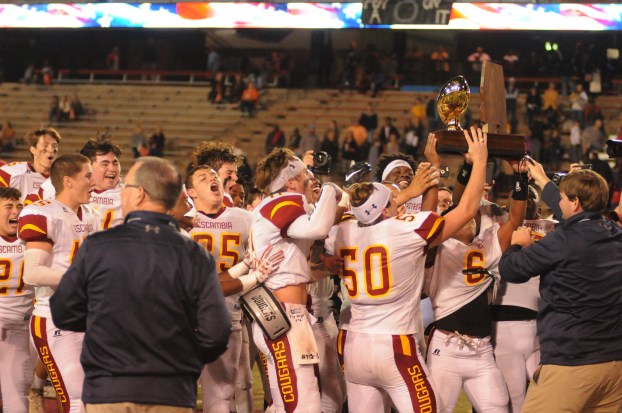 The Cougars dominated the rest of the field as they won the overall AISA boys track and field championship in Gulf Shores in April. EA took an early lead it would never give up.

The Poarch 12U boys finished third in the Native American Youth Organization tournament last weekend, falling 14-4 to Prodigy in their last game.

Escambia Academy’s boys finished in the quarterfinals of the AISA Class 2A basketball Elite 8 championship.

7. Cougars fight in quarters Escambia Academy ended its baseball season, falling 12-1 to No. 3 Macon East Academy on April 28 in a third game of an AISA Class 2A Quarterfinal series.

Rico Jackson was selected as the head football coach of the Blue Devils in February. A lot of excitement was brought with the hire as the new head coach brought energy and focus to the school.

Escambia Academy made it to the Elite 8 tournament. The Lady Cougars fell 5-25, 7-25, 10-25 in the match. Edgewood went on to repeat its state championship with wins over Southern in the Final Four and Autauga Academy in the state championship.

The state holds this Olympic-style competition every year with over 30 sports that athletes can compete in.

The PCST competed as a team in the short course swimming event.

Escambia Academy’s boys and girls basketball teams are looking to end the year on a good note as both host... read more