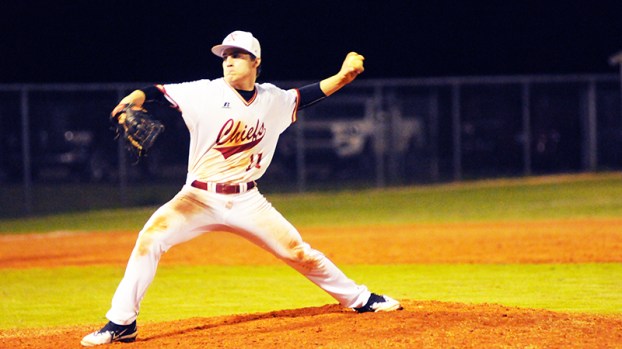 “Those were two good wins for our baseball program,” NHS baseball coach Jeremy Greenwell said. “We took the lead early, and had a chance to get a lot of our younger players some varsity experience. There was a good atmosphere that our fans continue to set for our program.”

“We had a chance to play a quality championship program out of Mississippi,” he said. “Jackson Moore, along with the rest of our defense, was fundamentally sound through 6 innings, keeping the game tied at 1-1.”

Greenwell said in the bottom of the sixth inning, Seth Killam led off with a home run, and the Chiefs scratched four additional runs in the same frame.

Moore had a no hitter through six innings, and Killam closed the game on the mound.

Working smoke detectors saved the life of an Atmore homeowner after an electrical fire at a residence on 12th Avenue... read more