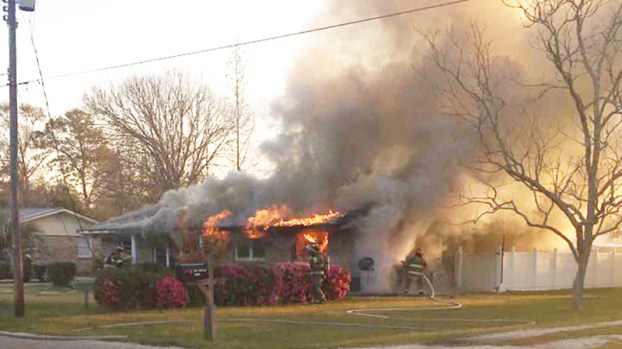 Working smoke detectors saved the life of an Atmore homeowner after an electrical fire at a residence on 12th Avenue Tuesday morning, according to fire officials.

Capt. Daniel Love said the AFD responded to a fire at 213 12th Ave. at around 7:15 a.m., and they believe the start of the fire was electrical. The house was deemed a total loss.

“The homeowner got out of the house due to working smoke detectors,” Love said. “The smoke detectors were still going off when we were fighting the fire.”

Around 9:25 a.m., the AFD cleared the scene, and ASAP Ambulance was on stand by for medical assistance.