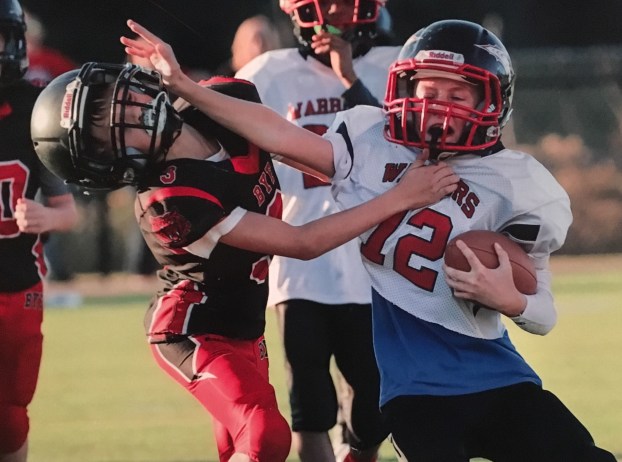 The game was called in the third quarter because of the big lead.

Poarch juniors head football coach Judd Coley said this is the third time the team has won a championship in six appearances.

“That was a tough little team,” Coley said.

Cleo Bolar IV was named the league’s most valuable player.

“The defense was absolutely lights out,” Coley said. “Then, we also had six guys on offense that could break it loose and score.”

Coley said a bunch of new guys stepped up to the plate, and pulled their own weight this season. During the regular season, the Warriors finished 5-2.

“Going down two losses in the season, that kind of crushed us a bit, but they never quit,” he said.

In the sophomore division, the NWE Chiefs defeated Jay 32-13 in the championship game.