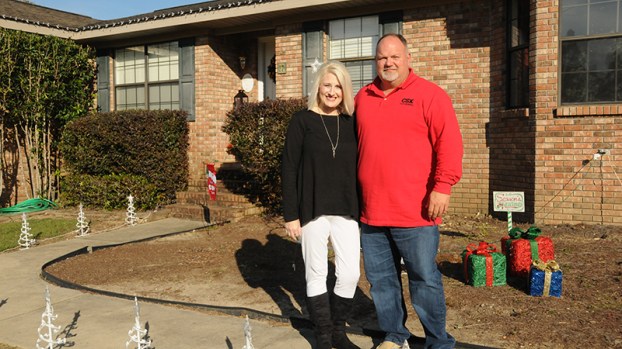 Stewarts called to be foster parents in McCall

“Let the little children come to me, and do not hinder them, for the kingdom of heaven belongs to such as these.” Matthew 19:14

Scottie and Alice Stewart are living this bible verse out as the McCall couple began fostering children last February.

At present, there are approximately 6,000 children in foster care in Alabama, according to the state’s Department of Human Resources website. According to the website, some children need foster care until they’re reunited with their biological family or a plan is made for them to be adopted.

For Alice and Scottie, the chance to become foster parents came at a quick pace.

Alice is the school nurse at Escambia County Middle School, and Scottie works fulltime at CSX and was just elected as a county commissioner for District 3. The couple has four biological children, Dawson, Reagan, Brody and Finn. Additionally, they now have two male foster children. Due to state law, names can’t be released.

Alice said the decision to become foster parents came one day in the front office at ECMS.

“For us, it was different because I’m a school nurse in Atmore,” she said. “A lot of families said it was what God was calling them to do. Our faith is important to us, but we have four kids of our own. Two of the children in my school, they were siblings, and an immediate need came up.”

Alice said the twin males were already in the system, and they were in need of a new placement.

Alice said she called Scottie to see if there was anything he could do, being that he was in law enforcement at the time. He had to resign from his post at the sheriff’s office because of his election.

“We got them that night,” Alice said about the twin males.

Since the Stewarts started taking care of the twin males, both had to take a class to earn their license. The class entailed the couple traveling to Robertsdale once a week for three-hour sessions.

“It was rough, but we did it,” Scottie said about the classes. “We tried everything we could to do to do it in Escambia County, but they didn’t have the workers.

“We even tried Monroe County and Conecuh County,” he said.

Both Alice and Scottie agreed that being foster parents is a calling.

“It’s not easy,” Alice said. “It’s very hard. It takes you on every emotional ride you can think of. These are hurt children. They are traumatized.

“They come with issues,” she said. “Then, we have our own kids.”

Alice added that this is what God commands them to do.

“We did a lot of rearranging,” she said, adding that they had to fix rooms in their house to accommodate the added children. “We had four bedrooms and four kids. We had to rearrange the entire house before they got here.”

Since then, the Stewarts welcomed a 15 year old to the house.

Alice and Scottie said a typical child will stay in foster care between 12-24 months.

While it can be hard to care for these foster children, there is a lot of joy that comes from it as well, the Stewarts said.

Alice added: “Even with our kids, I feel blessed. They bless us in so many different ways. They add so much to our family.”

Alice said there is a need for foster families.

“If you can see them laugh from the bottom of their little bellies,” she said. “With my kids, it’s hard. Of course they have feelings of anger or jealousy. They had their lives turned upside down.

“There are those times where we say, ‘why do we have to do this?’ You have to sit down and talk about the Lord and the bible. Jesus tells us to take care of the orphans and the widows. If we’re not doing it, then who will?”

For those interested in becoming foster parents, visit the Alabama Department of Human Resources’ website at www.dhr.alabama.gov.

Wind Creek Atmore (WCA) announced recently that this year’s Christmas lights will be turned on this Fri., Nov. 23, 2018... read more