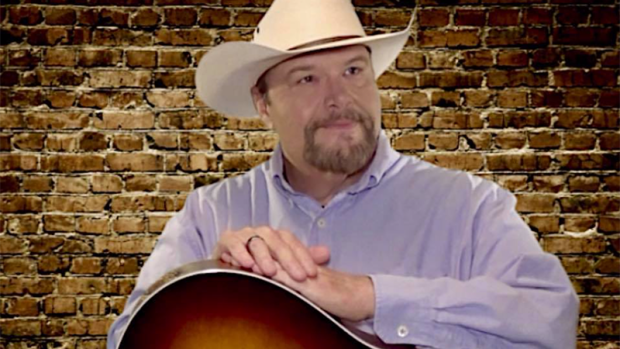 Crook, a veteran country music artist who some may know from his band, Ricky Crook and the Horseshoe Halo Band, has been striving to reach this goal for a long time.

“I basically played music as a hobby from about 10 years old until my early 20s after marring my wife,” Crook said. “Then, I started playing guitar and singing with local bands as a parttime job to supplement my income from my primary fulltime job as well as writing songs.”

Along with signing with MC1, Crook will be releasing his new single, “In My Truck” after the new year.

Crook said he continued to play for 25 years on the casual, but seven years ago, he went through some health issues.

“Music then became a therapy for me,” he said. “Around four years ago, I made some positive personal lifestyle changes and decided to pursue music fulltime. I started my own record label and publishing company and signed with BMI, a major performing rights organization to handle the collections of royalties from any commercial use of any of the songs that I had written and publically released.”

Six years ago, Crook released an eight-song album under his own label. Things started to roll from there, he said.

“A little over a two years ago, I connected with a well known Nashville musician and music producer, Kevin Key of Key Productions in Nashville, and a year ago I partnered with Kevin to record a three-song Ep of two original songs I had written and another classic country song,” he said. “The Ep was titled ‘In My Truck’ after the title track, which will be the first single released to country radio in January 2019.”

Around September, Crook said he was referred by a mutual friend to Darlene Fowler, CEO of MC1 Nashville.

“We are proud to announce that veteran country music artist Ricky Crook has signed with MC1 NASHVILLE,” Fowler said in a release.

Crook said he is under an 18-month contract with three singles being released under the MC1 Nashville label. The songs will be distributed by Sony/Orchard music.

“Darlene has a long history of working with some of the most successful talent in Nashville over the years, and knows every aspect on the Nashville music business from the artist to radio,” he said. “I’m excited to be a part of MC1 Nashville and Sony/Orchard and look forward to working together and making some great music.”

Crook said he will continue to live in Atmore and commute back and forth to Nashville, Tenn. as needed for recording, shows and promotional events.

“I will still be booking shows in the local area as always as well as some regional shows now,” he said.

Crook has been around country music all of his life. His father played guitar and sang around the house as he was growing up.

“Both sides of my family had a history of music,” he said. “I also had a maternal aunt that recorded a record with Audan records back in the very early 1960s, which was produced by Fuzzy Owens. Fuzzy was Merle Haggards longtime manager.”

When asked why Crook loves playing music, he said it’s because it came natural to him.

“Music has always been a type therapy for me personally,” Crook said. “It’s something that seemed to come natural at an early age. I enjoy writing and the energy of playing live shows and connecting with the audience that shares the same love of music, it’s just a great feeling.”