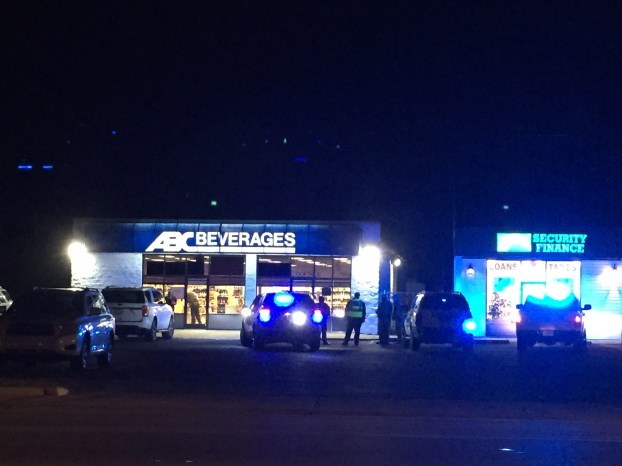 An armed gunman robbed the ABC Beverages store on Highway 21 across from Walmart earlier this evening, according to police officials.

Chief Chuck Brooks said at approximately 5 p.m., an armed gunman entered the ABC store and demanded cash from the attendants.

Brooks said the suspect then struck one of the attendants with a hand gun, and stole an undisclosed amount of cash.

Brooks said the suspect then left on foot, and prison dogs were dispatched to track the suspect. The scent was lost near Avenue B, he said.

Brooks said the suspect was dressed in all black and his face and hands were covered. He said the Alabama Law Enforcement Agency is assisting in the investigation.

Those with information in regard to the whereabouts of the suspect are encouraged to contact the Atmore Police Department at 251-368-9141.

The ABC Beverages store on Highway 21 across from Walmart was robbed earlier this evening, according to police officials. Chief... read more