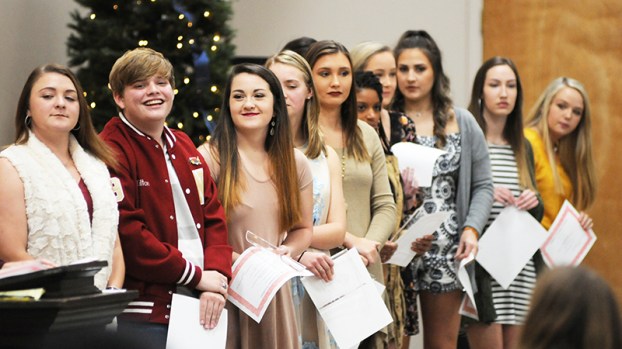 The Chiefs ended their season 8-5 and in the Class 1A regional semifinal. The NHS cheerleaders, who are currently cheering for the basketball team, started preparation for the season last spring, making signs for each game and practicing cheer for contests.

Cheer coach Genia Bashore recognized both the junior varsity (JV) and varsity squads. Individual awards were given to those who made impacts on the squad.

During the season, the Joey Hetrick Florida Farm Bureau Player of the Week was awarded.

Killam was named the prep football final scholar athlete of the week.

Marshman then recognized each grade group on the varsity football team.

John Kelly decided he needed an early Christmas present after enjoying an Adult Mentored Hunt at the Alabama Wildlife and... read more