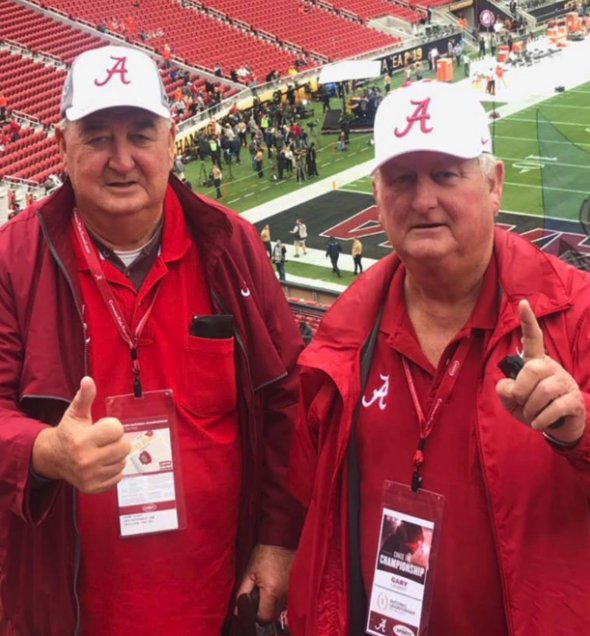 Gary and Jimmy Lambert know a thing or two about attending Alabama football games, according to family members.

At present, the Atmore brothers are at the 2019 College Football Playoff National Championship Game in Santa Clara, Calif., where the Crimson Tide is taking on Clemson.

For Gary and Jimmy, this is their 339th game in a row they’ve attended, including bowl and national championship games since 1992, Gary’s daughter, Tonya said.

See Wednesday’s paper for more on this story.

*There are several other local residents at the game. We’re hoping to get names and pictures to go along with the story. Stay tuned.

Construction crews have been working on a sidewalk project along Medical Park Drive for some time. Shown is a backhoe... read more