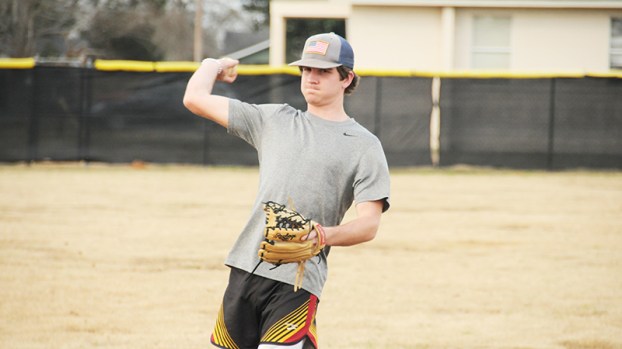 Every Monday and Wednesday practice for Escambia Academy includes a few wrinkles.

“I’ll just change things up right in the middle of the play to see if we can react to what’s going on,” Sawyer said.

For the Cougars’ 2019 campaign, the main goal is to play better, Sawyer said.

“And to be more fundamentally sound,” he said. “We spend a lot of time on fundamentals.”

Sawyer said positions haven’t been determined on the varsity squad. However, the Cougars do have six catchers from varsity to junior high available to play.

“A catcher has to be somebody that has to be very goal oriented because they have a lot of responsibility on every play,” he said. “Between the pitcher and catcher, they’re the only two people who tough the ball on every play.”

Sawyer said a catcher must have good movement behind the plate, and can block when needed.

This season, EA is playing in AISA Class 2A, Region 2 with Clarke Prep and Monroe Academy.