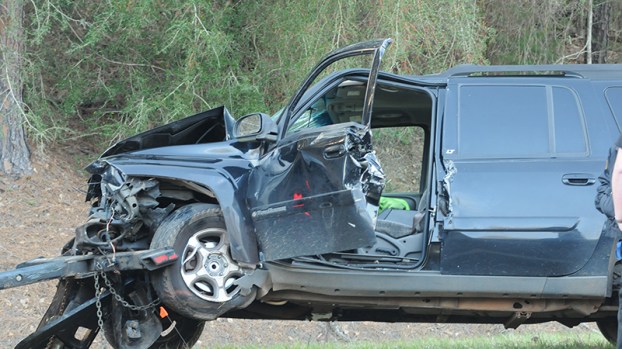 Update: Troopers have released the identity of the person who died in the crash on March 6.

An Atmore man was killed, and a Frisco City woman was injured in a two-vehicle crash March 6 on Highway 21, 4 miles north of Atmore, according to the Alabama Law Enforcement Agency.

Sgt. Derek Gessner said in a release that Anthony Edward Dunkin, 33, of Atmore, was killed when the 2005 Honda Civic he was driving collided with a 2004 Chevrolet Trailblazer.

“Dunking was pronounced dead on scene,” Gessner said in a release. “The driver of the Chevrolet, Crory Tyrail White, 27, of Frisco City, was injured and flown to Sacred Heart Hospital in Pensacola, Fla.”

Gessner said the crash occurred at the 9 mile marker on Highway 21, and nothing further is available as troopers continue to investigate the crash.

One person died in a two-vehicle wreck that occurred this afternoon on Highway 21, just outside Atmore, according to officials.

Sgt. Derek Gessner confirmed there was one fatality. Names haven’t been released until the next of kin is notified.

The wreck involved a Honda Civic and a Chevrolet Trailblazer.

This story is developing, and more details will be released later.