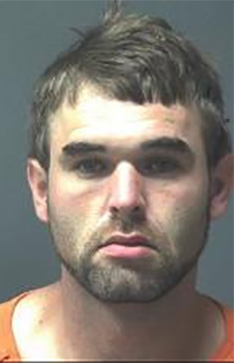 Escambia County Sheriff’s Deputies are searching for an escaped work release inmate from the Flomaton area.
Sheriff Heath Jackson said that Herbert Randall Adams took a work release truck from a cleanup on 113.
Jackson described the truck as a blue Ford F-150 with a sheriff’s logo on both doors. He said officers gave chase in a second vehicle that was on the work release site, but they were unable to catch up with Adams.
Jackson said he just received word that the vehicle had been found, but that Adams was not with the vehicle.
Jackson said Adams was being held in the county detention facility on drug charges.
Anyone with information on his whereabouts is asked to call the Escambia County (AL) Sheriff’s Office at (251) 809-0741 or 911.