Two of Atmore’s own will be running in the 2019 edition of the Boston Marathon on April 15. 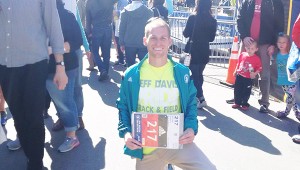 Atmore native Alan Ash poses for a picture in the lead up to the 2016 Boston Marathon. | Submitted photo

Alan Ash and Elia Morales qualified for the annual race, which is the world’s oldest annual marathon and ranks as one of the most prestigious road racing events.

For Ash — who finished 63rd last year — this will be his sixth running in the 26.2-mile race. For Morales, this will be her first.

Morales leaves for the marathon on Friday. She said she feels excited about the opportunity.

“It’s a really exciting,” Morales said. “It’s more like keeping my emotions on the positive side.

“You’ve got to keep saying, you know what, ‘I do feel God with me,’” she said. “That’s all I ask that He can run with me all the way to the finish line. I’m such a competitive person, at this point I want to finish and do my best.”

For Ash, running in the Boston Marathon is nothing new. 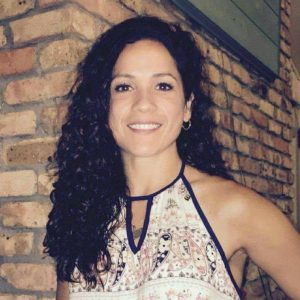 “I know what to expect,” Ash said. “I think training wise, it’s been one of my better years. I’ve had some really strong and long runs. I ran the Mercedes and Montgomery half marathon just like I had the last three years. The Mercedes race was close to a personal record. I ran the Montgomery race a month ago.”

Even though this may be Morales’ first Boston Marathon, this will be her fourth marathon to run.

Both said their long runs during training for the BA have been good for them.

Morales said she is aiming to establish a pace of between 8:00-8:30 per mile during the race.

Ash said he’s aiming for a just under 6 minute pace because of his success with the long runs.

Even though she goes through a rigorous training program, Morales said she makes sure to listen to her body a lot. That way, she can make adjustments to her diet or to her running.

She said recently that she hasn’t put her body through an extreme diet, and has yielded better results.

Additionally, to get ready for the race, Morales has heeded advice from Ash.

“I don’t know what to expect,” she said. “I know it’s going to be hard. I’ve done a lot of research and spoke to Alan to get advice from him and my brother. It’s going to be an experience.”

Ash said this is a race he looks forward to every year.

“My whole year builds up toward it,” he said. “It’s an opportunity to give God glory through the gifts he’s given me. This helps me to give Him glory through it.”

The House of Blush, located at 115 N. Main St., celebrated its ribbon cutting April 5. Shown from L to... read more