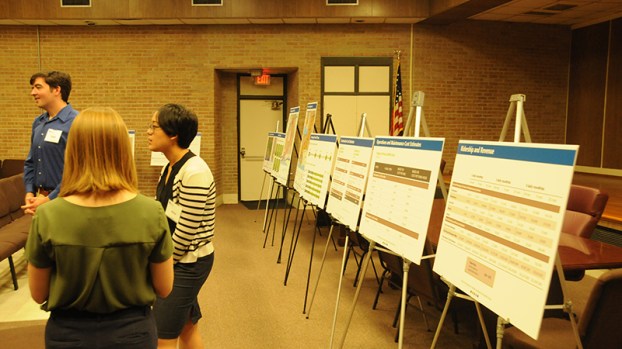 A five-month long feasibility study looking into the return of passenger rail from Montgomery to Mobile is complete and will be submitted to the Federal Railroad Administration this fall.

The study’s results were presented to the public on April 30 at Atmore City Hall by the Alabama Department of Economic and Community Affairs (ADECA).

“The results of our preliminary analysis are two alignments,” ADECA Project Manager Brian Smart said. “One being the general rights of way of Interstate 65, and the other follows the existing rail corridor that CSX owns and operates. Within these two general corridors we assume there are going to be improvements to accommodate higher speeds for our trains so we have a competitive travel mode.”

The purpose of the study was to assess the feasibility of passenger rail service between Montgomery and Mobile, and to determine what’s needed to implement the system. Additionally, the study will also consider the combined effects of restoring passenger service along the corridor with rail connections to existing and proposed east/west Amtrak lines in Birmingham and Mobile, according to ADECA.

The study also aims to reduce congestion on roadways and promoting and enhancing the human and natural environment.

There are several keys to Phase II of the study, and they include stakeholder outreach, cost estimates, service and alignment alternatives development, cost-benefit analysis, ridership and revenue estimates and plan implementation.

The study is being conducted by AECOM, which was hired by (ADECA), according to reports.

Some of the potential railroad safety improvements include upgrading crossings from yield/stop signs to flashers, bells and gates; handicap accessible stations and platforms; less at grade crossings; camera installations at locations; integration of positive train control signal safety system; and other improvements designed for train safety.

When asked how a deal will be made with CSX if the alternative for the CSX corridor is chosen, Smart said in other states, a business or shared agreement is instituted.