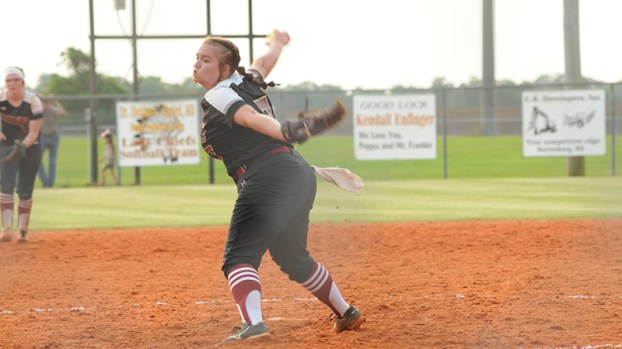 Northview senior Kendall Enfinger threw a no hitter in six innings to help lead the Lady Chiefs to a 5-1 victory over Franklin County in the FHSAA’s Class 1A regional semifinal tonight in Bratt, Fla.

Enfinger came in after the first inning when starter and senior Tori Herrington came out with an injury. Coach Amy Holland said Herrington’s injury is a pulled muscle, but she’ll be fine for the regional final, which will be held at Wewahitchka on Tues., May 14, at 7 p.m.

“Tonight was a big win for us here at Northview,” Holland said. “We played a really good team. We knew they were going to be a tough team to beat. They’re not a sloppy team.”

Behind Enfinger, the Lady Chiefs’ defense stepped up big, providing the needed safety net for the back up pitcher.

“Our girls were ready tonight,” Holland added. “Tori got hurt very early in the game, and that’s something our team hadn’t had to rely on somebody else. Kendall Enfinger came in as a senior and got the job done.”
Holland said she believes the girls played as a complete team tonight.

She said she thought the early adversity with Herrington out with an injury would bother the team. 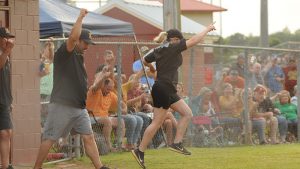 “They didn’t bat an eye,” Holland said. “I’m proud of a senior coming in and doing her job.”

Herrington got the ball rolling in the bottom of the first with an RBI triple to tie the game at 1-1.

In for Herrington at the plate, Payton Gilchrist added a two-run double in the second, and Valen Shelly and Knowles hit back-to-back RBIs in the third to put the game away.

Herrington, Knowles and senior Aubree Love had one hit each; and Kailin Watson had two hits to lead NHS.

Melanie Collins had one hit, and scored a run for FCHS.

In baseball action, the Chiefs fell 3-2 to rival Jay in the Class 1A, District 3 championship game at home.

NHS tied the game at 2-2 on a Nick Venable RBI triple that scored Bricen Love who reached on a double in the bottom of the sixth inning.

Burkhead scored for JHS in the top of the seventh on a single by Seib.

The Chiefs advance to the regional semifinals and will travel on May 14.

High school seniors from Atmore got a little taste of what the judicial process is like May 2 at the... read more