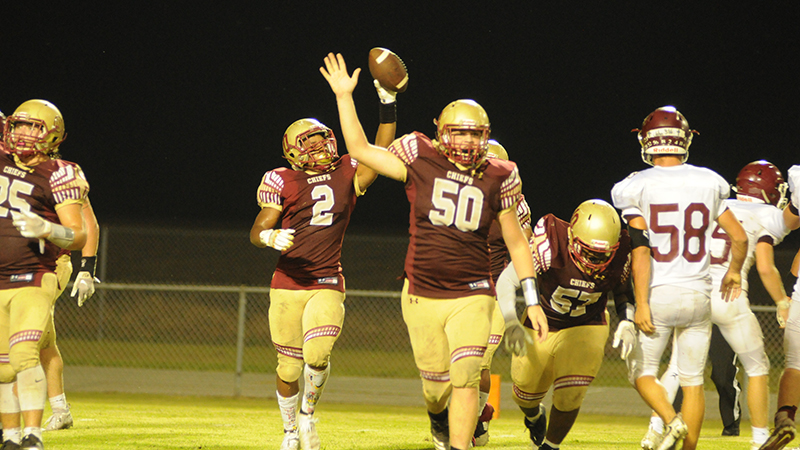 Northview’s Jayden Jackson accounted for four touchdowns to help lead the Chiefs to a 52-14 victory over Chipley, Fla. Friday night.

NHS head football coach Derek Marshman said this was the fourth consecutive game the Chiefs haven’t had to punt. Additionally, the Chiefs have had only one turnover in four games.

“That was a good win for us,” Marshman said. “We were worried that a lot of our momentum wasn’t with us coming into this game. There were a couple things that worried me going into the game. We had a bye week last week and then a long trip (to Chipley).

“We were playing a team on their senior night,” he said. “I thought we did a great job of that. Not everything was perfect. I thought our kids responded well through the night. We ran and threw the ball well, and this game allowed us a chance to refine a few things.”

Next week, the Chiefs visit Jay.