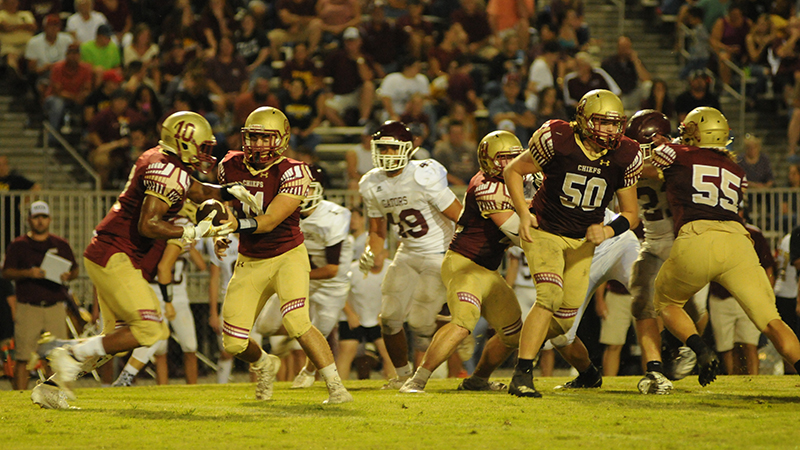 All season, the front five on offense have been paving the way for Northview’s strong stable of running backs.

The group consists of four seniors and one junior.

“That’s actually helped a lot of other positions,” Marshman said about the age of the offensive line. “We’re still a young football team, as we started three seniors on defense.”

Marshman said the boys are leaders.

“They have good size, which always helps,” he said. “They’re athletic. They have great feet. They do things the right way, and there is a certain way to play up front. You have to have agility ,tenacity and in a good way, you have to be nasty.”

Marshman said a big key to the line’s success this season is in repetition.

“When you’re talking about the offensive line, repetitions are key,” he said. “Muscle memory is key. They have a routine they go through and are accustomed to. During the off season, they’ll put in the work as well.”

With a dedicated bunch up front, they’re usually reflective of their position coach.

Marshman said Reeves does a great job with the line.

“He’s got that same tenacity,” Marshman said. “He is a high energy guy. you’ve got to be in kind of a loud and boisterous personality mode. He embodies that.”

Marshman said Reeves has a good relationship with the players, and both know when to be serious and when it’s OK to have fun.

This Friday, the front line and the rest of the Chiefs will host Jay, Fla. in the Class 1A-1 regional quarterfinals.