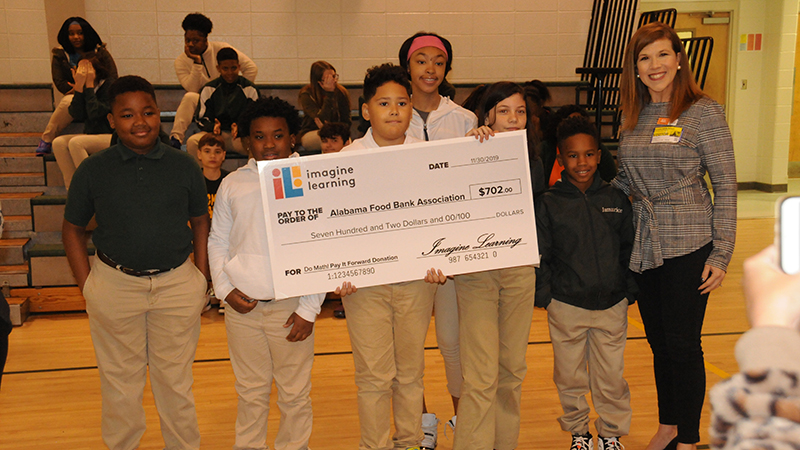 A bunch of Escambia County Middle School students danced like they didn’t even care.

They had good reason because they were celebrating their accomplishments in a Do Math! Pay It Forward celebration on Jan. 17.

The assembly was held to honor those students who finished in first place during the competition in November 2019.

The contest lasted from Nov. 1-29, 2019, and included schools and classrooms with eight-plus active students that are utilizing the Imagine Math program.

“You guys have been doing awesome with math,” an Imagine Math official said. “Those high figures are for a reason; you should be proud of yourselves and the school.”

In November, 99 schools, 469 classrooms and 12,000-plus students participated in the competition.

Top classes and students at ECMS were honored for their success during the competition.

The classes and students included:

Math points accrued at ECMS were turned into a monetary donation to the Alabama Food Bank. The middle school compiled $702 for the food bank.

Alabama Food Bank Public Relations Official Beth Finch said during the assembly that the money donated will help provide 1,400 meals to children across the state.