Johnson named 3A back of year 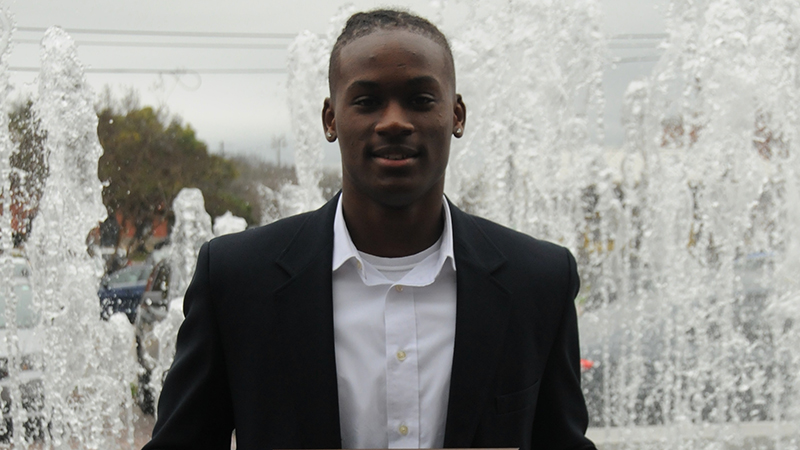 Flomaton’s Daquan Johnson was named the Alabama Sports Writers Association Class 3A Back of the Year at the Mr. Football Banquet at The Renaissance Hotel in Montgomery, presented by Cadence Bank, on Jan. 15.

During his senior season, Johnson rushed for 2,261 yards on 232 carries and scored 27 touchdowns; and had 14 receptions for 266 yards and four scores in the air.

Johnson said it’s a blessing to receive this honor back to back. He won it for his efforts during the Hurricanes’ state championship season in 2018.

Johnson, who recently signed with Duke University’s football program, said it was amazing to be in the same room with such talent.

“It was amazing to see ho much work I put in to be in the same room with a bunch of guys at bigger schools,” he said. “To be able to compete with them, it was an honor.”

The other backs of the year include by classification:

The awards are named by the Alabama Sports Writers Association.

Story ran for 1,036 yards and 15 touchdowns, and threw for 2,335 yards and 26 TDs this season, helping Lanett and coach Clifford Story win the AHSAA Class 1A championship and finish with a 14-0 record.

In his career, he set AHSAA records for total touchdowns and total yards.

Story has signed with Alabama.

The linemen of the year by classification are:

• 4A: Will Breland, UMS-Wright