Cougars aim to ‘compete’ during 2020 season 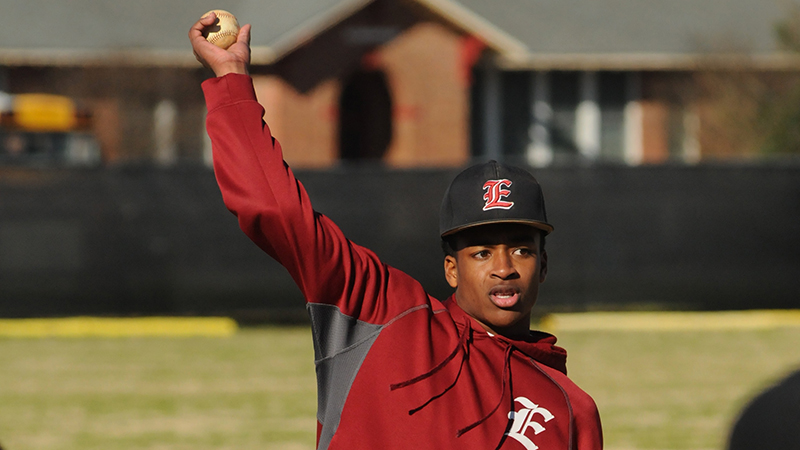 Escambia Academy’s main goal this season is to be competitive.

The Cougars’ baseball team began its season recently. During its Wed., Feb. 26, game against Hooper, EA won 7-2 behind a six-hitter from  Bryant Quimby and JJ Stevens. Then, on Sat., Feb. 29, the Cougars defeated Lighthouse 12-0 in both games of a doubleheader.

EA coach Mike Sims said during the Hooper game, everybody got a hit and the boys played fundamental baseball.

“We just focused on being solid,” Sims said about the outing. “We walked nobody withour pitchers, so it really made it easy.”

On the season, Sims said this team is loaded with arms (pitchers).

“With the pitching rules and regulations these days, you can play a lot of games,” he said. “We have 31 on the schedule, and if you go deep in the tournament, you play 40 games. You’ve got to be able to have guys who can pitch, and pitch consistently and not walk folks. We have about eight to nine guys that can do that.”

As it was during last season, the Cougars are playing in the same region with Clarke Prep and Monroe Academy.

Sims said both CPS and Monroe are good teams, but what really matters is what happens at the end of the season.

Sims said the team’s main goal is to be competitive.

“We want to do the best we can to be a contender in 2A,” Sims said. “I’m not talking about the state champinoship. I’m talking about being a hard out. Last year, we lost in the first round, but we really want to have a chance to have an oporotunity to go to the first ever final four and state championship in school history.

“We might have the ingredients to do it, it’s just a matter of who is going to be hot at that time,” he said.