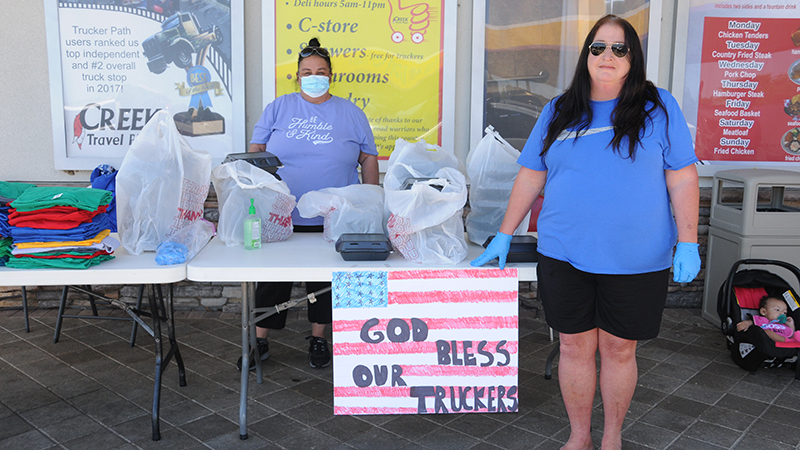 300 plates plates handed out at plaza

Sue Sells wanted to make sure truck drivers are fed.

Because of the COVID-19 pandemic, most eateries along a driver’s route are closed.

Sells, whose husband, Jerry, is a truck driver, decided she wanted to give a good meal to drivers at Creek Travel Plaza on April 24.

Sells said nowadays drivers are having a hard time trying to find food on the road.

Sells said Rob and Sheilo Faircloth were a big help in the effort.

Additionally, the travel plaza donated 150 shirts to give away, she said.