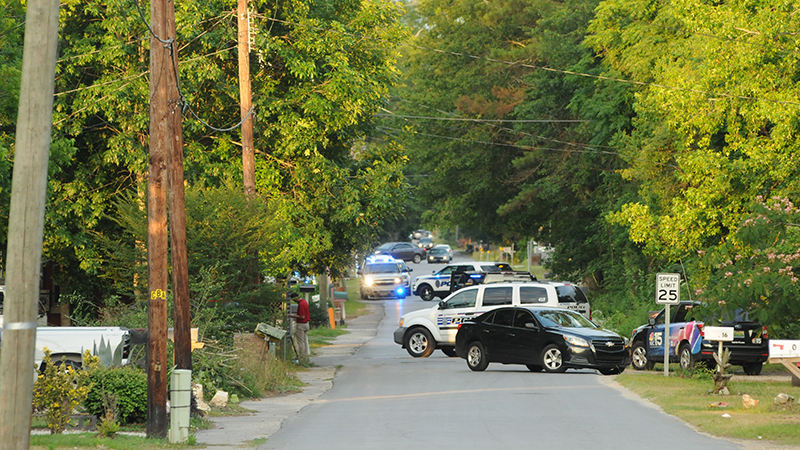 A federal fugitive from Charlotte, N.C. was shot and killed by Federal Bureau of Investigation special agents today in Atmore, according to U.S. Department of Justice officials.

Special Agent in Charge Jim Jewell read a press statement about the incident, which took place in the area of Liberty, Peachtree and Mobile Streets.

“Today, the FBI Mobile Field Office followed up on information from the FBI Charlotte Field Office about the presence of a federal fugitive from Charlotte, N.C. who was wanted for first degree murder from Mecklenburg County (N.C.),” Jewell said. “The investigation determined that the subject was staying in Atmore, Alabama. FBI special agents identified the location of the subject, and attempted to take the subject into custody.”

Jewell said during the course of the law enforcement action, the subject was shot and killed by FBI special agents.

Jewell said the results of the investigation will be provided to the local (Escambia County) district attorney’s office, and the department of justice’s civil rights section for review.

Jewell said the subject was Tobby Wiggins, who was wanted in connection with a murder in Charlotte on May 15, 2020.

“Wiggins had state murder warrants and a federal murder warrant for unlawful flight to avoid prosecution filed against him in North Carolina,” he said. “A positive finger print match was made of the deceased Wiggins. While this internal review process is ongoing, no further comment will be made at this time.”

In addition to the FBI, the Atmore Police Department, the Escambia County Sheriff’s Office and other first responders were at the scene.

FBI officials at the press conference thanked the city of Atmore and the the APD for their hospitality.