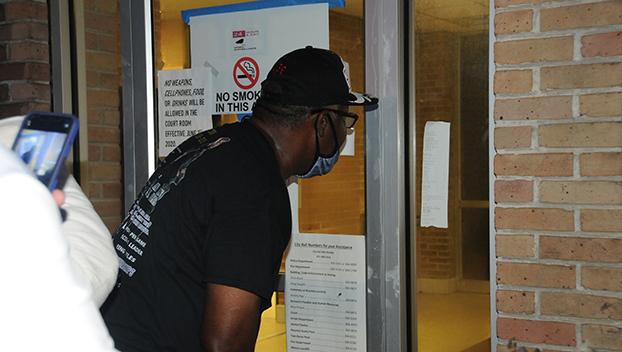 Mayor Jim Staff was reelected to a third term during the 2020 Atmore Municipal Election on Aug. 25, according to unofficial results.

Staff said he was pleased with the result, and his aim is to keep moving Atmore forward.

Smith’s statement is as follows:

“I just want to thank everybody, and that it’s not over,” Smith said. “There are several irregularities that we will be looking into. I am not conceding at this point. I want everybody to understand that. We have a lot of issues that are being addressed right now as I have been talking with you. I just want to come on and say thank you to every single person who went out and voted today, especially those who went out and voted for me. Stay tuned because there’s more news to come. I think everybody will be interested in it, and want to hear about it. God bless you all. Have a good night’s sleep, and stay tuned for what is to come. Thank you.”

There will be a run off in District 5 between Incumbent Chris Harrison and Bub Gideons.

These unofficial results don’t include provisional ballots, which will be counted later. The results of the election will be official in some five days.