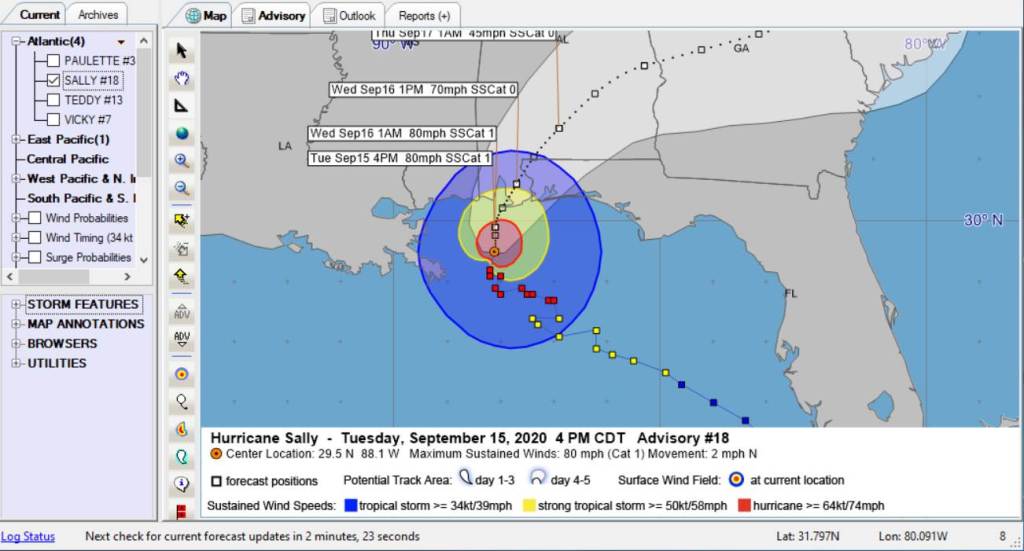 Shown is the forecasted track of Hurricane Sally. | Submitted photo

“The current track has landfall in south Baldwin County on Wednesday morning with winds at 80 mph,” Adams said in an email.

“Rainfall should continue through Wednesday night and into Thursday morning,” he said. “Wind speeds will increase to tropical storm force over most of the county. Given the wet conditions and continued rainfall, the winds will likely bring down some trees and subsequently power lines.  Expect some power outages.”

Adams reminded residents to treat all power lines as live or energized, and failure to do so can result in death.

Additionally, do not drive over roadways or bridges that are covered with water, he said.

“You cannot be sure the roadway or bridge is still intact under the water,” he said.