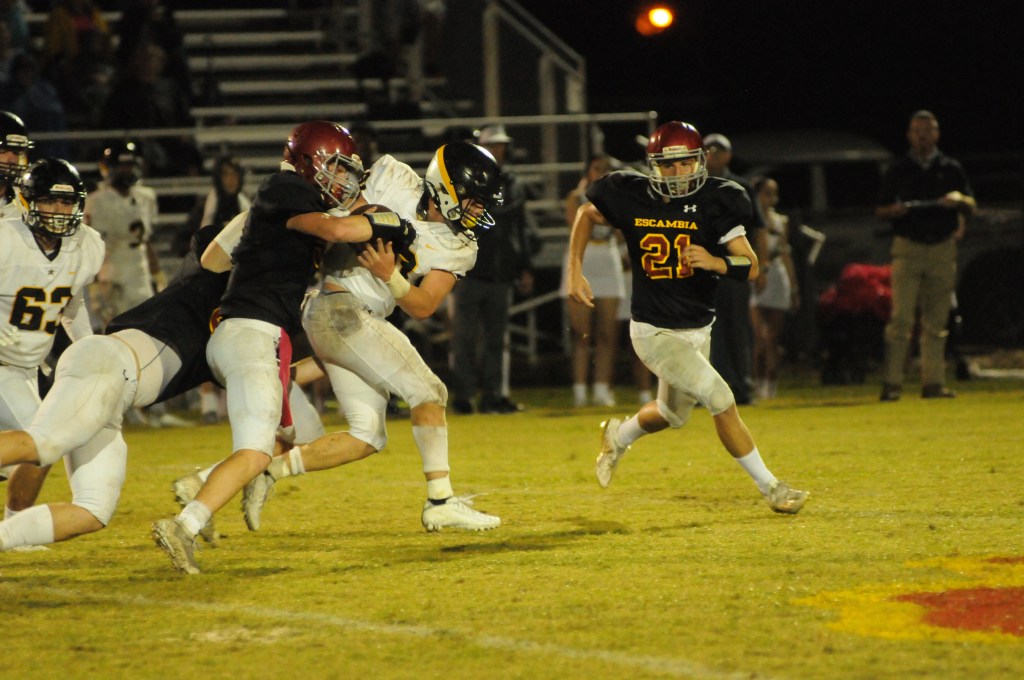 Escambia Academy’s defense put together a consistent performance tonight as the No. 4 Cougars shutout Autauga Academy 33-0 in region action on Bachelor Field in Canoe.

In tonight’s victory, EA’s offense started off a bit slow, but the defense made up for it with a fast attack.

“They did play consistent, but we had one guy – everybody was playing about 80 percent, but there was one guy playing 120 percent – that was Randall Bonds,” Defensive coordinator Mike Sims said.

Sims added that Bonds accounted for four sacks in the win tonight.

“He played his butt off,” he added. “And so did Daughtry McGhee.”

McGhee had two interceptions, which the Cougars turned into scores, and added a touchdown rush offensively.

Complete stats from tonight’s game will be posted later.

The following is the scoring by quarter: