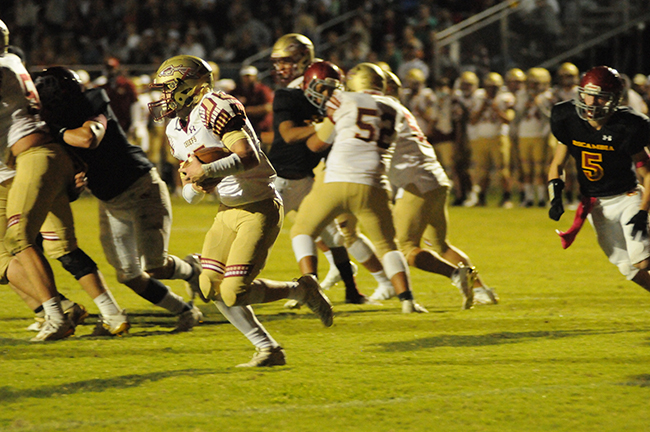 A team’s response after a loss can be telling.

Northview didn’t let a previous week’s loss get to it as the Chiefs defeated Walton 27-12 tonight on the road.

NHS head football coach Wes Summerford said the key tonight was stopping WHS before “they really got going.” Last week, the Chiefs fell in a regular-season contest to EA 27-22.
“That’s something that’s been one of our goals,” Summerford said. “Against EA, we started that way, but we couldn’t get them off the field late.

“We proved that this week,” he said.

Summerford said the team’s senior leadership contributed to the win.

“There’s no doubt that all of our guys that are looking up to the seniors are following right after those guys,” he said. “I told the seniors early on, they’re building a legacy. The younger guys have to continue to build that legacy.”