Brother Arsee Davis was born on March 30, 1951 to Rayford and Annie Ree Davis in Monroe County. 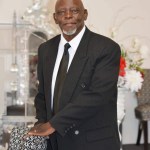 He was educated in the Monroe County Public School System. He was a loyal and longtime faithful member of the Abundant Life Church of Deliverance under the leadership of Chief Apostle Carolyn Banks, where he worked endlessly to support ministry.

He was the president of the Willing Workers Board and served diligently and faithfully. In his leisure he enjoyed fishing, working on cars and spending much time with his grandchildren.

He is preceded in death by his parents, Rayford and Annie Ree Davis; mother in law, Angelia F. Montgomery; brothers, Henry Davis and Will Davis; and sister, Carrie Riley.

A funeral service will be held at Abundant Life Church of Deliverance in Atmore this Fri., Nov. 6, 2020 with Pastor and Eulogist Chief Apostle Dr. Carolyn Bankes officiating. Service time is at 11:30 a.m.

Interment will follow in Fairview Cemetery in Atmore with Mayberry Funeral Home directing.