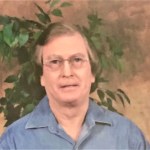 He was a native of Excel and had resided in Poarch for the past 46 years. He was born on Oct. 15, 1948 to Melba and Vernell “Sterl” Jones in Excel.

He retired as a self-employed truck driver for Jones Trucking and currently operated his own mobile home park. He was an avid farmer and motorcyclist. He also had a lifelong love of horses and loved country living.