UPDATE: Jones has been recaptured, according to the ADOC

The Alabama Department of Corrections is looking for an inmate who escaped from the Mobile work center early this morning, according to a release. 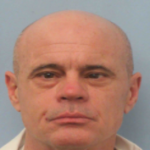 Jones has tattoos on both arms.

Those who have information on the whereabouts of Jones need to notify their local law enforcement agency, the facility from which he escaped or call the ADOC at 1-800-831-8825.

Jones was sentenced to 35 years for distribution of a controlled substance out of Talladega County.