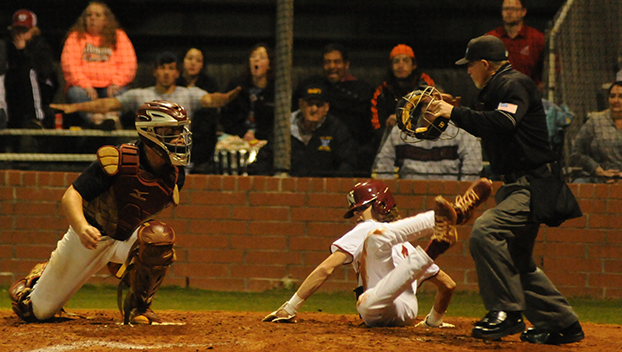 Northview scored three runs in the third inning, and added two more in the sixth and held on late to beat Baker, Fla. 5-4 tonight in baseball action in Bratt.

Rustin Pope hit an RBI single in the bottom of the sixth inning to give the Chiefs the go-ahead and eventual game-winning run.

The Chiefs’ third inning was led by Pop, Luke Bridges and Trent Knight, who helped drive in runs during the bottom half of the frame.

Northview’s Josh Landis earned the win on the mound in relief. Landis pitched 1.1 innings, allowing no runs on one hit and striking out three.

Jamarkus Jefferson struckout nine and allowed four runs on six hits for the no decision.

Baker’s Tyler Harrington went 3-for-3 with two RBIs to lead the Gators. Dillon Baggett and Zane Steele had two hits each.

Steele threw a no hitter through 4.0 innings, and allowed three runs.