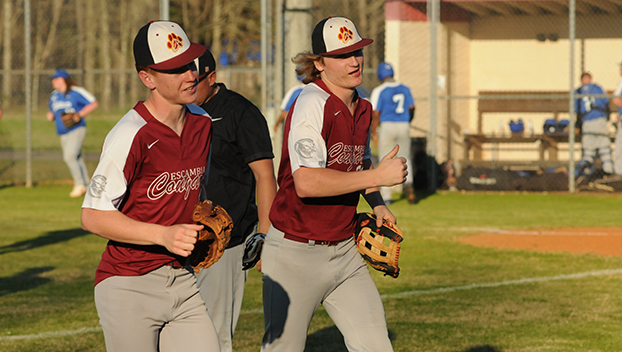 Escambia Academy split with Edgewood Thursday, and will play a winner-take-all game today in the second round of the AISA Class 2A state playoffs.

The third game of the series begins today at 4 p.m. at Edgewood.

Edgewood led 5-2 in the fifth inning, but EA tacked on three runs each in the sixth and seventh innings.

Robinson took the loss for the Cougars on the mound. He went 4.1 innings, giving up seven runs on six hits and four walks.

Bonds, Lee and Christian Crook went 1-for-3 each. Crook had two stolen bases.