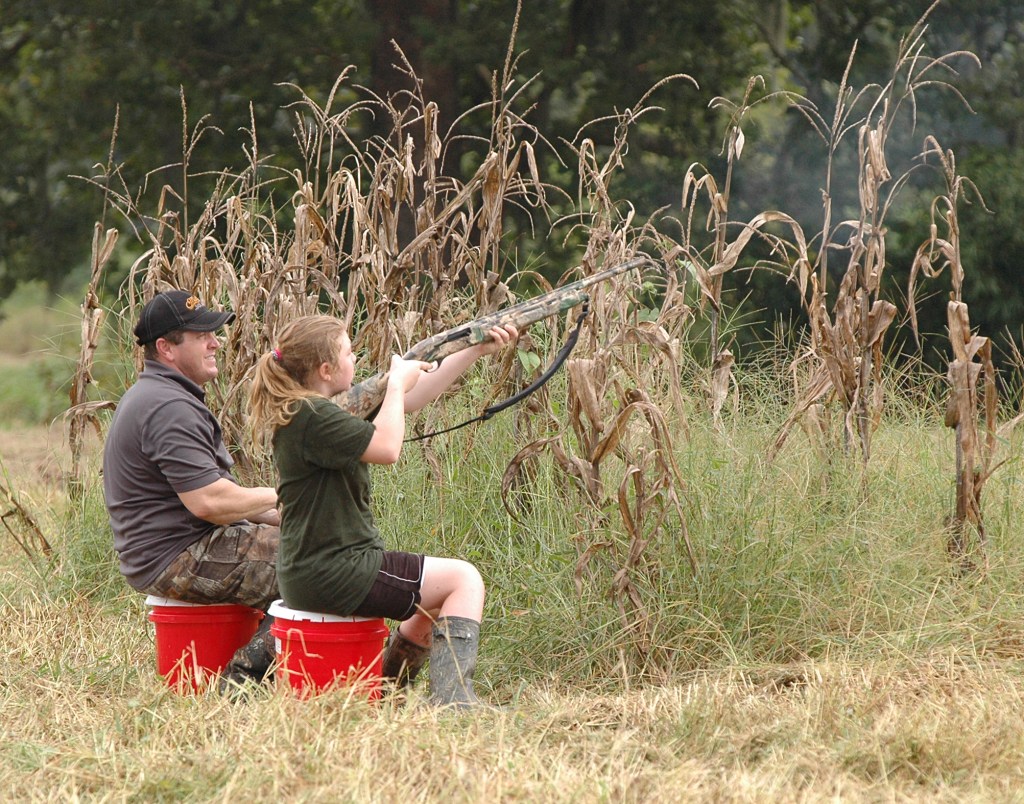 A place to enjoy a quality dove hunt is a valuable commodity in Alabama. Finding a place to hunt doves is becoming increasingly more difficult, but the Alabama Wildlife and Freshwater Fisheries (WFF) Division is working to increase access, especially near population centers.

WFF looked at the opportunities it provides for dove hunting on public land around the state and the demands hunters put on those areas. The staff decided to try to expand those areas, especially near metropolitan areas.

“We determined that we don’t have enough opportunity for hunting doves on opening day, not enough opportunity spread around the state,” said Seth Maddox, WFF’s Migratory Gamebird Coordinator. “There is a study done by the Georgia DNR (Department of Natural Resources) that looked at this. It found that most hunters are willing to drive within an hour from their house to participate in a good quality dove hunt.”

Maddox took maps of the 10 largest metro areas around the state and overlaid a 60-mile radius ring to find areas that would provide opportunities for hunting doves.

“We started looking for properties that would provide those opportunities,” he said. “We started with small, stand-alone properties, not necessarily associated with a WMA (wildlife management area).”

WFF found the first of what they hope to be several areas that fit that bill. The first purchase was the 165-acre Prairie Glades Special Opportunity Area (SOA) in 2021.

“The Prairie Glades SOA is in the Black Belt Region with that fertile clay component in the soil,” Maddox said. “It should be really good. There is lots of food out there for the birds. Closer to the season, we’ll do some bushhogging and disking. It’s a good place to have some dove hunters. It’s easy to get to from Montgomery and even Birmingham. I think we’ll have some keen interest this fall.”

Maddox said WFF will also be looking for suitable property in southwest Alabama to expand the public’s access to dove hunting.

“We’re trying to find something in District 5 that is within an hour’s drive of Mobile,” he said. “That’s the area where we’re lacking most in public opportunity.”

Maddox said dove hunting is still a huge tradition in Alabama even though the number of dove hunters has been slowly declining since the ’70s.

“We still have between 40,000 and 50,000 hunters participate in dove season in Alabama,” he said. “We’re one of the top 10 states in harvest each year. People get out and take advantage of this season, one of our first seasons to open. Being in the South, we don’t have a lot of hunting early in the year like they do in northern states. Dove season is not as big a tradition in the northern states because they have other seasons opening up about the same time.

“Our seasons for deer and waterfowl open later in the year, so our hunters are chomping at the bit to do something out in the field, and dove hunting is the perfect opportunity for that.”

WFF conducted a hunter participation survey in 2018 and found that a majority of dove hunters in both zones wanted to open the seasons as early as possible.

For the 2021-2022 season, dove season in Alabama will open on September 4, the Saturday before Labor Day, in the North Zone. The South Zone opening day is September 11.

Under the federal guidelines, dove season can open as early as September 1, but that would fall on a Wednesday this year.

“We traditionally opened the second or third Saturday in September, but that was back when we had a 60-day season. We have 90 days now. The longer season and our different zones allow us to take advantage of the different crop harvests. Peanuts are harvested later in the south part of the state compared to corn in the north.”

The South Zone now consists of Baldwin, Coffee, Covington, Dale, Escambia, Geneva, Henry, Houston and Mobile counties. The other 58 counties are in the North Zone.

In other migratory bird news, goose regulations have changed for the 2021-2022 season with a change in the bag limit. Hunters will now be allowed to have five Canada in the aggregate dark goose (Canada, white-fronted, Brant) daily limit for the entire goose season. The first two segments of goose season are September 4-October 3 and October 16-30.

“This frees us up from having to have a special early goose season,” Maddox said. “Instead of opening on September 1, we’re going to open September 4. We’re taking advantage of the resident Canada geese we have. We’re also allowing more weekend opportunities during the season.”

This year’s special early teal season is scheduled from September 11-26 with a daily bag limit of six birds.

Maddox said during this early season, the teal that show up in Alabama are almost exclusively blue-winged teal. He also said hunters will have a hard time determining whether the birds are hens or drakes.

“The males won’t be in their breeding plumage, so they won’t have that blue-gray head with that crescent moon white patch,” he said. “They are going to look like the females. You have to look at the wings to tell. Under the blue patch, there is a lot more white on the males. The females are speckled versus a full white patch. But they fly so fast that it’s going to be difficult to tell.

“Some people ask why they’re seeing all females. Well, they’re not all females. Once you harvest the birds, you will be able to tell that you are shooting males and females.”

Maddox is encouraged about the early-season prospects for Alabama hunters.

“I think it should be a good year,” he said. “We’ve had lots of rain, so everything is green. There will be plenty of food on the landscape.”