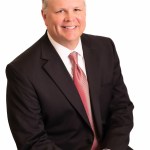 “I’m honored to assume this role,” Vincent said, “and sincerely appreciate the trust the board has placed in me. The bank’s management team today is the same one that has been working together for many years. Our strategies and goals remain the same, our application and execution will remain the same and we anticipate the same success going forward.”

Swift said, “We have great confidence in Mike and our entire leadership team at United. A search committee has conducted an exhaustive search process and determined that Mike Vincent is uniquely qualified to lead United Bank continuing the outstanding growth and progress we have been experiencing. The Board of Directors as well as the entire United Bank team looks forward to working with Mike to achieve new heights. We believe this is a very positive step forward for our customers, our employees, our company and the communities we serve.”