Steve Luman Wilson, 62, of Barrineau Park, Fla., passed away on Dec. 24, 2021 at his home in Barrineau Park surrounded by his wife and their two children. 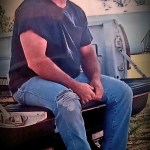 He is preceded in death by his father, Luman Edward Wilson; step-father, Alfred O’Connor; and a special nephew, Dalton Wilson.

A celebration of life service will be held today, Dec. 28, 2021 at 3:30 p.m. at Johnson-Quimby Funeral Home Chapel with Bro. Fred Stallworth officiating.

In lieu of flowers, donations can be made to The ALS Association, 3242 Parkside Center Cir, Tampa, FL, 36619 or als.org/donate in memory of  Steve Wilson.