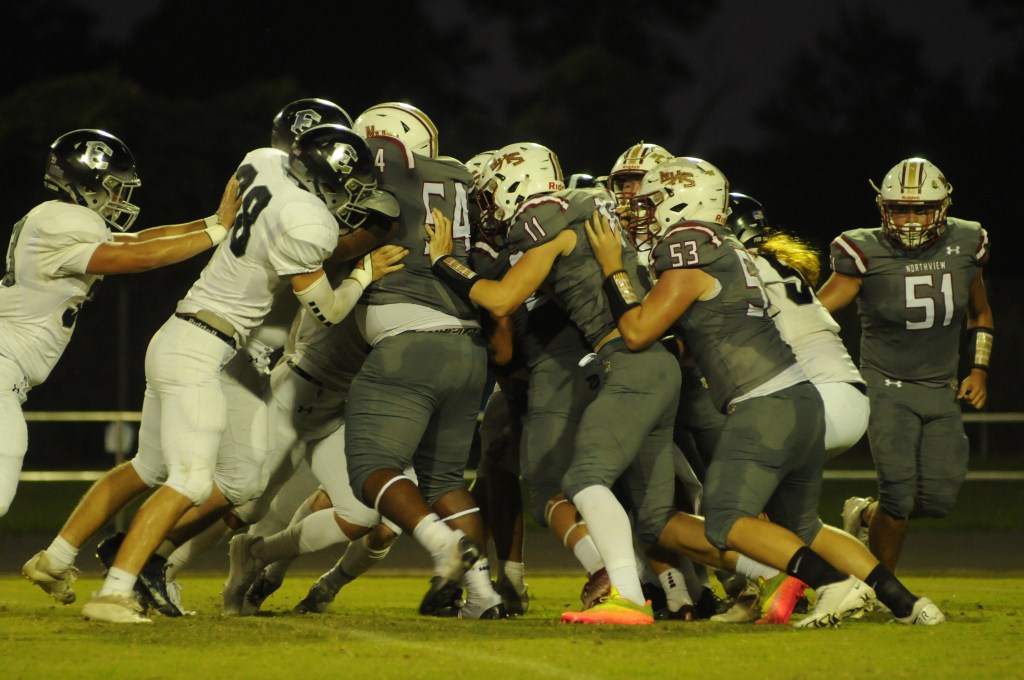 With the win, the Chiefs improve to 5-0 on the season. Friday night’s victory marks the first time NHS has beaten Baker since the 2012 season.

NHS head football coach Wes Summerford said he felt like the team started out really well, but ran into some penalty issues in the second quarter.

“I thought in the second half we got rid of the penalties,” Summerford said. “It was a tale of two halves.”

Summerford said the seniors worked hard throughout their high school career to beat not only Baker, but Flomaton. NHS defeated FHS 48-33 on Aug. 26.

“We finally got over that hump,” he said. “I know that our kids are excited. It’s definitely a step in the right direction for our program.”

The Chiefs have a bye week next week, and then will face Blountstown on the road on Oct. 7.