A Semmes man and a Mobile woman were arrested Oct. 24 on drug and theft charges, according to the Atmore Police Department. 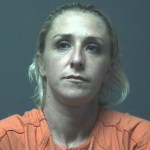 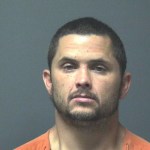 Public Information Officer Sgt. Darrell McMann said in a release that Billy English, 37, of Semmes, and Elizabeth Harvell, 36, of Mobile, were charged with possession of a controlled substance, possession of drug paraphernalia, theft of property III and attempting to elude a police officer.

McMann said on Oct. 24, around noon, APD officers responded to Walmart on North Main Street in reference to loss prevention monitoring a white male (English) and a white female (Harvell). McMann said English was in the store yelling and allegedly placing items in a shopping buggy.

“English and Harvill had been in the store earlier and were recorded concealing numerous items and leaving the store,” McMann said. “As officers approached them, English turned in the opposite direction and walked away. Harvell hurriedly attempted to escape down several aisles while pushing the shopping buggy full of items. As one of the officers escorted Harvell to the loss prevention office, the other officer and loss prevention lost sight of English. An employee of Walmart observed the subject running and alerted officers.”
McMann said English managed to get out of the store through one of the emergency doors.

“He ran into Oak Hill Cemetery and attempted to hide in the wood line but was taken into custody a few minutes later,” he said.

Both were transported to the Escambia County Detention Center in Brewton.