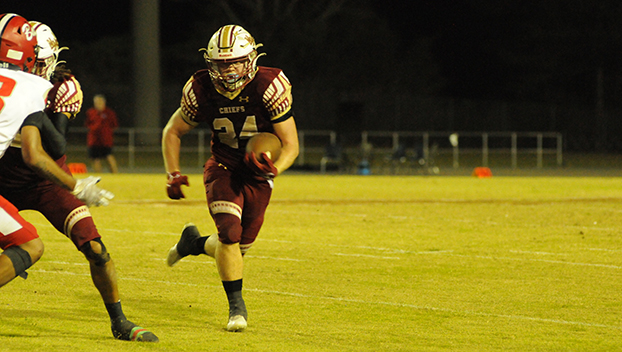 The Chiefs enter the postseason 10-0 on the season. NHS defeated Bay, Fla. 41-6 on Nov. 4. The Chiefs earned a bye week last week.

Head football coach Wes Summerford said the team had a good bye week to get back healthy, and took the time to focus on itself.

“It’s really covering all three of those options,” he said. “Through different looks, our players have to know their job and how important it is to do their job.”

Summerford said having the bye week was big for the team.

“We’re relatively healthy, and it allows you to go back to the little things that got you back where you are,” he said. “It gives you a unique opportunity. It gave us an opportunity to break up the monotony of practice, and work on all phases of the game.”

Summerford said he believes the team’s best game is still out there.

“That’s something I remind them off often,” Summerford said. “We’ve got to get better each week, and take advantage of the opportunity.”

Kickoff on Friday is at 7 p.m.