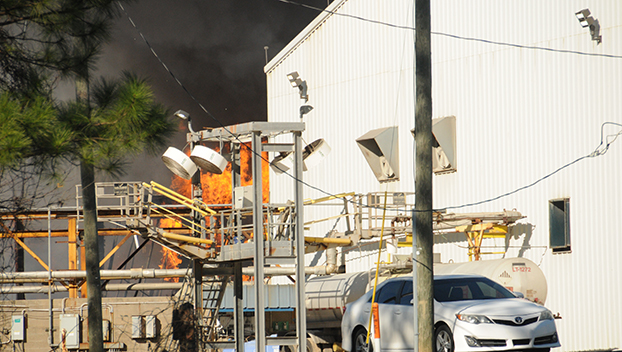 UPDATE: APD officials announced about an hour ago that residents living in the Tiger-Sul area don’t need to shelter in place.

Firefighters are still on scene of a fire at Tiger-Sul off of Highway 31.

Officials responded to the scene at around 9:30 a.m., and began battling the blaze on the western side of the sulfur plant.

According to reports, a building collapsed as a result of the fire.

The APD also asked Tiger-Sul area residents to shelter in place around 11:30 a.m. until the smoke clears out of an abundance of caution.

According to reports, no injuries have reported.

Highway 31, which was closed to traffic, has now been reopened.

This is a developing story, and more updates will be posted here as they become available.