Some interesting news reports from 1966

In some news from 1966, Social Security and Medicare recipients may be interested to know Medicare C Plus came onto the scene that year.

One of the main differences in that initial offering is the premium. Back then the basic C Plus monthly premium was $2.50. Medicare Supplement premiums today range from $125 to $154 per month.

Locally Jim Monroe, local state trooper was recognized for his outstanding service keeping our highways safe. He was also active in our Little League and Babe Ruth programs. And, don’t let me forget my good friend Woody Stewart, who was also a highly regarded state trooper until his retirement not too long ago. Woody joins our gang at the coffee shop fairly regularly.

Jimmy Dean, another local trooper, is very visible to all these days as he too, patrols our highways to keep us safe. Jimmy, who also is active in our youth sports programs, is just one of several troopers serving our area. I mention these three because I have known them for many years. By the way, good luck to Jimmy’s talented son Jon in his athletic career at Birmingham Southern.

Bishop Lyons, vocational agriculture instructor at Escambia County Training School, was named “Teacher of the Year” in the county. He later taught at ECHS until his retirement. His work in local civic, church and community affairs was known by all.

Kerr McGee opened a farm center specializing in a diversity of farm products. Cecil McElhaney, who was in charge of this business, was assisted by Wendell Giddens.

Sgt. Bobby H. Davis of Rt. 3 Atmore was awarded the Bronze Star for Bravery in the Vietnam War. The son of Mr. and Mrs. M.O. Davis, he also received the Purple Heart for his heroic deeds.

The Atmore Assembly of God Church brought in T. Texas Tyler, a well-known spirited country singer, for special services. Tyler, who retired from the musical recording field in 1958, became a minister that same year. He had two hit recordings, “Deck of Cards” and “Bumming Around.”

Well, as everyone knows, this is graduation season. And, I attended one of the most impressive ceremonies I think I have ever seen.

It was the kindergarten graduation program at Temple Christian Academy.

I was simply amazed at the 45 minutes of continuity this program of 5-6 years olds presented. In one segment they quoted memorized books of the Bible, both Old and New Testaments. They segwayed from one theme to another without “skipping a beat.” They enunciated and read at an advanced age like professionals and they displayed unbelievable piano playing talents. The entire production, including costume changes, was most impressive.

It was such a refreshing experience to see these students perform in such a professional manner. Hats off to all those at this school who direct, teach and guide these youngsters. It was totally obvious these children are getting a complete, all-around education.

Let me also say, while I did not mention other Christian schools and academies, I do know their programs are equally as good. They too offer excellent learning environments. I have heard favorable comments from others who are familiar with all the Christian academies and Schools here. You see, the reason I went to the Temple program is because my grandson is a member of that class.

Now that the election is over I hope your favorite candidates won. Let’s hope all those elected will bring progress to our community, county, state and nation.

Finally, this is to my friends who have been laughing at me about my telling them about Internet TV. These are the friends who rather talk about driving tractors, new trucks and planting grass. (Just kidding, of course). Actually I ceased all conversations on this subject a couple of months ago. But one of them did ask me about this new “Google TV,” which could totally eliminate your paying a monthly fee to watch TV programs.

Google TV justifies all I have written on this subject for the past year. It was officially announced two weeks ago. But you can take this to the bank. Airways, Internet and all news stories will provide first-hand information about this new concept by this fall. It is absolutely revolutionary. And, those with foresight will benefit from it. 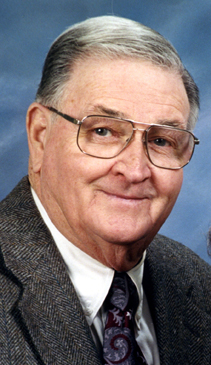 This week Lowell's column talks about news from 1966. | File Photo

Politics from the 1940s-50s no way resemble methods used today garnering votes. Back then, we relied on radio and daily... read more